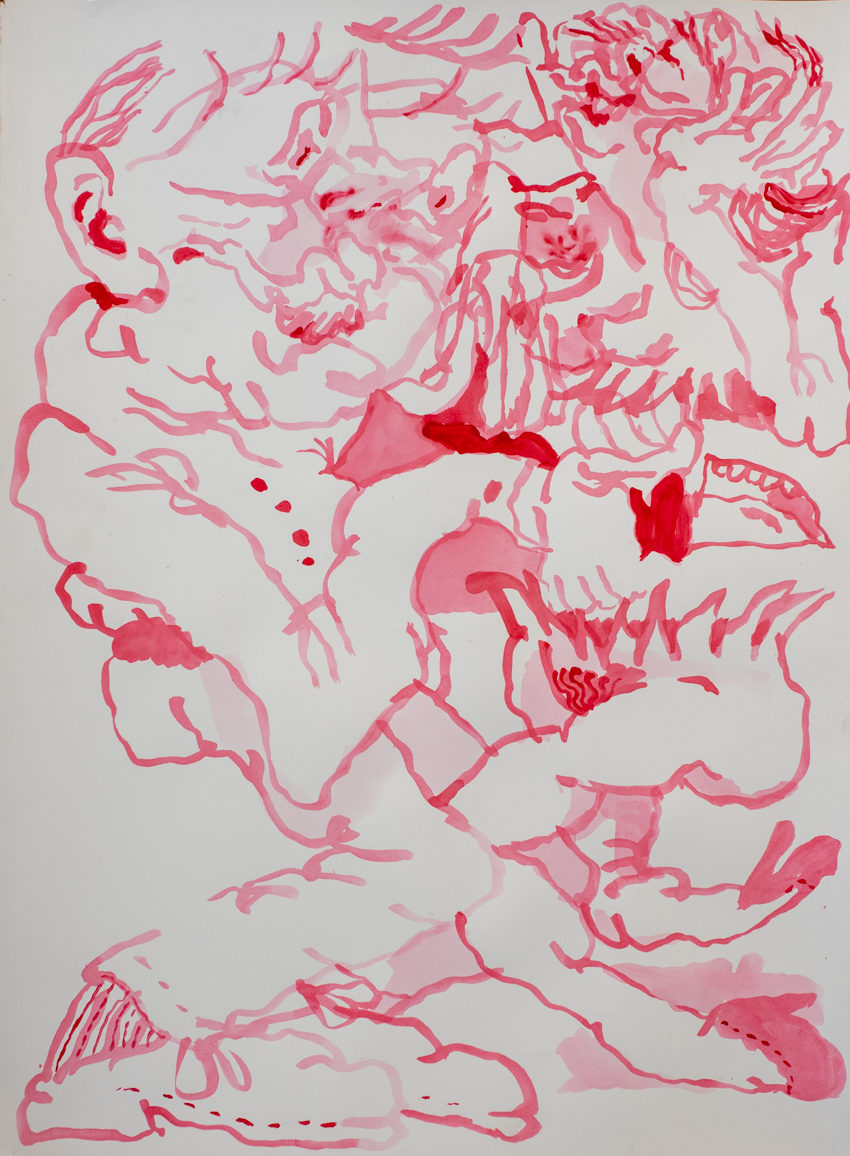 This show brings together works from five painters whose works visualize the figure through the lens of abstraction and the developing Chicago tradition of the figure under pressure. These artists find their compositions not through pure abstraction nor through literal description of human form.

Free Play refers to the Kantian notion that we describe art as “production through freedom, i.e. through a will that places reason at the basis of its actions”, this freedom being humanity’s capacity for the transformation of what is and what ought to be. Also from James P. Carse’s notion of the infinite game, where “…the only purpose of the game is to prevent it from coming to an end, to keep everyone in play.” In order to do this “…the rules of an infinite game must change in the course of play.”

This is how these painters proceed with their works: they start with an idea and let the image evolve and change as play would dictate; an arm doesn’t need to stay where it makes anatomical sense for it to be, or even look anything like an arm if that seems less restricting. These artists use what was to inform what could be.

PANDEMIC SAFETY KIT now available! A collaboration mixing luxury and utility inspired by the artists of PROJECT 009: UNPORTRAIT. Check it out!
BUY NOW
Copyright basic studios. 2020 - All Rights Reserved
Back To Top